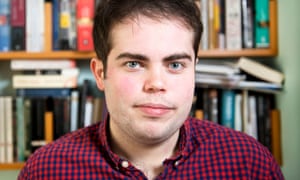 Jonathan Andrews was once advised to hide his autism from prospective employers. Instead, he is making his name by doing just the opposite.

“I saw it [being autistic] as an opportunity, not a weakness,” says Andrews, 22, who recently won campaigner of the year at the European Diversity Awards 2016. The law graduate, who starts as a trainee solicitor at Reed Smith in August, says: “I wanted to work somewhere that wouldn’t see the word ‘autism’ on an application and think, ‘This is terrible.’ The ones [prospective employers] that took it in their stride were the best workplace environments, rather than places that talk about it [autism] all the time, because they think you’re this strange, exotic creature.”

Read the rest of this great article here: ‘I saw being autistic as an employment opportunity, not a weakness’ | Saba Salman | Society | The Guardian